Anaemia affects one in two every Indian women. It's about time we arm ourselves with the right information and protect our health!

Most people think that anaemia is a nutritional deficiency that affects only low-income women and girls who lack access to iron-rich foods. Think again.
﻿
Anaemia is such a common condition in India that it afflicts every second Indian woman between the ages of 15-49 years! This is the highest number in the world and includes young, educated, urban women. Not only that, anaemia has a significant negative impact on women’s productivity. Low haemoglobin levels cause tiredness, dizziness, increased risk for hemorrhage, preterm birth, and impaired cognitive development and increases the risk of death for women and children. This imposes an enormous economic cost for India. The loss of gross domestic product to anaemia was estimated at $22.64 billion (Rs 1.50 lakh crore) in 2016, more than three times the health budget for 2017-18!
﻿
Anaemia literally means ‘lack of blood’ and is a condition in which the blood does not have a sufficient number of healthy red blood cells. Red blood cells play a very important role in our bodies. They contain a molecule called haemoglobin, which allows the cells to carry oxygen to all parts of your body and to bring back carbon dioxide to your lungs to be exhaled. When you don’t have enough red blood cells or haemoglobin, then this leads to reduced oxygen flow to the organs. Most of your blood cells are produced regularly in the bone marrow and need specific nutrients such as iron, vitamin B-12, folate, and other nutrients from food.
﻿
Anaemia may occur if your body does not produce enough red blood cells because it doesn’t have the right nutrients, or if you lose blood cells by bleeding too quickly, or if your body destroys its red blood cells. There are various types of anaemia with different causes and treatments, with iron deficiency anaemia being the most common in women accounting for 70% of all anaemia cases in India. Here are some common types of anaemia:
﻿
﻿
﻿
﻿
﻿
﻿
If you think you might be suffering from anaemia with symptoms including shortness of breath, fatigue, dizziness, among others, talk to a doctor immediately on Veera.
﻿
﻿
Also reviewed by Dr. Shailly Prasad, MD/MBA, Resident Physician, Obstetrics & Gynecology.
﻿
﻿Disclaimer: Content on Veera is provided for informational purposes only and is not intended as medical advice, or as a substitute for medical advice given by a physician.
﻿
References:
[1] Mohanty, D., Colah, R. B., Gorakshakar, A. C., Patel, R. Z., Master, D. C., Mahanta, J., Sharma, S. K., Chaudhari, U., Ghosh, M., Das, S., Britt, R. P., Singh, S., Ross, C., Jagannathan, L., Kaul, R., Shukla, D. K., & Muthuswamy, V. (2013). Prevalence of β-thalassemia and other haemoglobinopathies in six cities in India: a multicentre study. Journal of community genetics, 4(1), 33–42. https://doi.org/10.1007/s12687-012-0114-0
[2] Leung, Lawrence LK. “Approach to the adult with Anemia,” UpToDate. Last updated Apr 10, 2020

Are you struggling with Anaemia?

Let’s clear common myths about anaemia, one truth at a time

Like a lot of common conditions, anaemia has been wrapped in a lot of misconceptions and folklore. We’ve provided medically-verified truths to counter the myths.

How Do You Get Bacterial Vaginosis? Everything You Need to Know About the Causes and Symptoms

Does your vagina seem to be smelling bad? If you have noticed a fishy odour coming from your vagina and are wondering whether your discharge is normal, you may have bacterial vaginosis.

A Guide to Treating Bacterial Vaginosis

Think you might have bacterial vaginosis? Fear not! Learn how to treat this completely curable infection.

When To See A Doctor For Irregular Periods 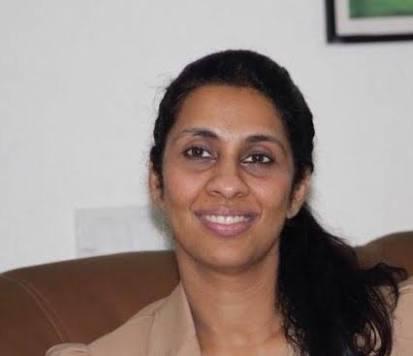 Irregular periods can be a real health concern--find out what the causes are and when you should seek a doctor.

Painful Period Cramps: Why Do You Get Them and What Can You Do to Ease Them?

If you're dealing with period pain, don't suffer in silence. It's time to take charge and seek help from a doctor.

Why Biodegradable Pads Are Good For You And The Planet

5 Reasons Why You Should See a Gynaecologist Today!

Wondering why you would even need to see a gynaecologist and what you’d even need to talk to them about? Here’s some reasons why!

Pads, Cups Or Tampons? Finding The Best Match For Your Period

Whether you’re tired of your regular menstrual products or just curious to try something new, we have you covered.

5 Tampon And Menstrual Cup Myths You Need To Stop Believing

We’re setting straight some common mistruths to help you make your informed choices with your menstrual hygiene options.

5 Reasons Why You Should See a Gynaecologist Today

Wondering why you would even need to see a gynaecologist and what you’d even need to talk to them about? Here’s some reasons why!